For Which It Stands 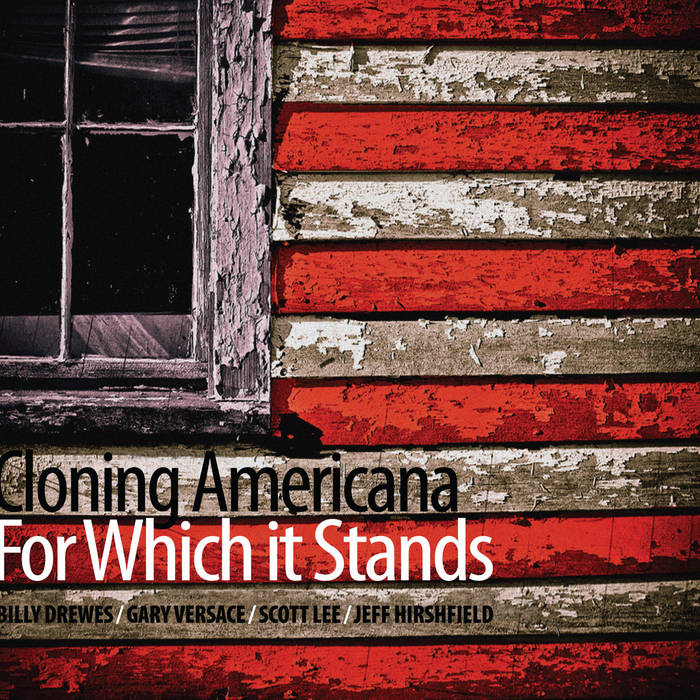 Cloning Americana is a band with a complex sensibility. Their name is purposely enigmatic but also immediately thought provoking. The members of the ensemble are happy to let listeners make their own judgment as to what the name means. The band members experience puzzled expressions leading to those of amusement, as there are attempts to make sense of the two words together. In essence, the name allows individuals to interpret it using their own unique sense of what it means to be an “American.”

For the band, there are two sides to the coin. There is the discourse of what has happened to the ideals that the country was founded on. In the band’s humble opinion, there is a lack of respect and honesty in the contemporary United States that citizens have come to accept as cultural norms. At the same time, there is the pride and joy of being able to live in a country that historically has celebrated independence, creativity, and personal expression.

The duality is expressed appropriately enough through jazz music, the cultural gem of the United States yet, ironically, one of the most neglected forms of music. Cloning Americana presents the intriguing sounds of irony on their new CD, For Which It Stands (Sunnyside, 2011).

Cloning Americana is a quartet collective featuring a handful of the most highly in demand musicians in New York City. The group is made up of reeds specialist Billy Drewes, bassist Scott Lee, pianist Gary Versace, and drummer Jeff Hirshfield. The musicians are long time friends that have played together in various settings. Cloning Americana came together as the friends began contributing compositions then finally recorded at Drewes home studio in November 2011.

The accord between the band members is as palpable as the sincerity of their music. The song titles refer to issues and topics that the members take to heart.

The mournful “The Lament” and “Old Dirt” are somber, impressionistic elegies to America’s spirit. The mid-tempo “Don’t Put Your ‘Hoe Down’” has a slight western swing and maintains a tongue-in-cheek social commentary. The delicately bi-polar “The Change-Up” begins mildly before Drewes and Versace pick up intensity, only to let it drop and build again. “Poster Boy” amps up the playfulness while “Our Pastime, Passed Down” sounds like a group prayer.

The thoughtful sax and bass duet “The Road That Leads To” leads, apropos to the title, into the dancingly propulsive “On the Rise.” An introspective bass solo introduces “Of Two Minds” which is followed by the knotty wit of “Comic Relief.” “Wetlands” is a dark, teary tribute to one of the States’ endangered natural wonders. The tempo picks up on “Just Running Around,” echoing the nonchalant but overactive nature of most Americans. The two part “For Which It Stands” is a heartfelt requiem ending in a new pledge voiced by Drewes.

For Which It Stands is both a musical tribute and entreaty. Cloning Americana celebrates the “purpose” for which the United States of America stands but also invokes the need for decency and thoughtfulness that seem to have gone missing.

Bandcamp Daily  your guide to the world of Bandcamp